HMDA ZONES: Categorization of land use zone regulations and its guidelines for various establishments? 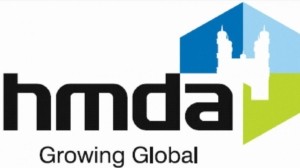 HMDA has classified the land use into different zones which have been directly monitored and managed by authorities which has the final discretionary powers to give permissions for utilizing the land as per HMDA norms which are classified as follows:

(Urban Nodes): Residential Zone falling within non-connecting urban areas, for which the detailed planning of roads and various urban use zones are proposed.

(Urban Centers): The remaining other urban centers along with their surrounding areas as earmarked in the proposed Land Use Plan. There is no detailed planning proposed herein presently, and the whole identified centers/areas are assigned Residential Land Use Zone.

All the rural settlements- Village Settlement (Gramkantham) and the existing rural built-up area- as earmarked in the proposed Land Use Plan are assigned Residential Zone-4. For all these settlements, an additional 300 M wide belt outside the gramkhantam boundary shall also be considered as Residential Zone-4 to cater to the natural expansion of settlements, except in Bio Conservation Zone.

Areas earmarked as Peri-Urban Use Zone, around the identified ‘Urban Areas connecting to Growth Corridor’ and ‘Urban Nodes’ in the proposed Metropolitan Development Plan.

All types of Residential Buildings with ground coverage not exceeding 25%

Commercial Use Zone, including

Commercial Use along and neighboring the notified commercial roads and other related government orders issued from time to time, with activities allowed on payment of conversion charges and commercial impact fees as stipulated in the foregoing G.Os

Strip commercial along roads as earmarked in the plan In all commercial strips earmarked along roads, activities allowed in the c category are allowed with impact fees. (All other stipulations/rules of G.O. 766 dated 18.10.2007 applicable)

Areas earmarked as Manufacturing Use Zone in the proposed Land Use Plan only.

Areas earmarked as Public, Semi-public Facilities and Utilities Zone in the proposed Land Use Plan, and the sites specifically earmarked for any such public/semi-public use.

Specific regulations for all developments within Infrastructure & Facility Nodes (InFANs), specific to the locations as earmarked on the map:

i) Specific areas have been notified as infrastructure and facility nodes at various locations spread across the city to decentralize the activity, usage, and movement pattern. These will function primarily as nodes for public facilities, parking lots, bus terminus, police stations, fire stations, emergency service centers, and other multipurpose public facilities for the city.

ii) The combined site layout, buildings design, and built-up areas shall be regulated by the commissioner, GHMC duly consulting HMDA

Areas are earmarked as Multiple Use Zone in the proposed Land Use Plan, and areas identified for Transit-Oriented-Development, as defined by these regulations.

All activities permitted in Residential/commercial/Public & Semi-Public use zones

All activities except hazardous & polluting industries

RECREATION AND OPEN SPACE USE ZONE

Water Body Zone generally indicates all water bodies, i.e. Rivers, Streams, Lakes, Tanks, and Kunta’s, as indicated in the Revenue Village maps as well as in the topographical sheets published by the Survey of India, or the State Irrigation Department or Revenue Department or other competent authorities. The boundary of the water bodies relates to the Full Tank Level / High Flood Level as indicated in relevant maps, covering both perennial and non-perennial parts when such distinction exists.

Note: The land use under Water bodies, Green buffer around water bodies, forests, and Bio[1]Conservation Use Zone are designated as PROTECTED ZONE and no change of land use shall be allowed in these categories of land uses.

Areas beyond the Peri-Urban Use zone which is almost all over the remaining area of the Hyderabad Metropolitan Region are earmarked as Conservation (Agriculture) Use Zone excluding the R3 Zone (Urban Centers) and R4 Zone, are earmarked in the proposed Land Use Plan.

TRAFFIC AND TRANSPORTATION USE ZONE

Grama kantam meaning? Can we buy and sell properties in grama kantam?

BEST BUY BACK OFFER ON VILLA PROJECT IN HYDERABAD. AND GET A REGISTERED PLOT AS SECURITY.

Hyderabad is an emerging market in terms of real estate and IT sector. So everyone is investing...
Continue reading
by easy2buyproperties

MEANING OF MUTATION OF A PROPERTY IN INDIA?How Much It Is Important To A Buyer?

A Mutation of property means a transfer of property from one person to another person and its...
Continue reading
by easy2buyproperties

WHAT IS THE MEANING OF NIL EC?

EC means Encumbrance Certificate which is a document concerning all the details of the plotted...
Continue reading
by easy2buyproperties